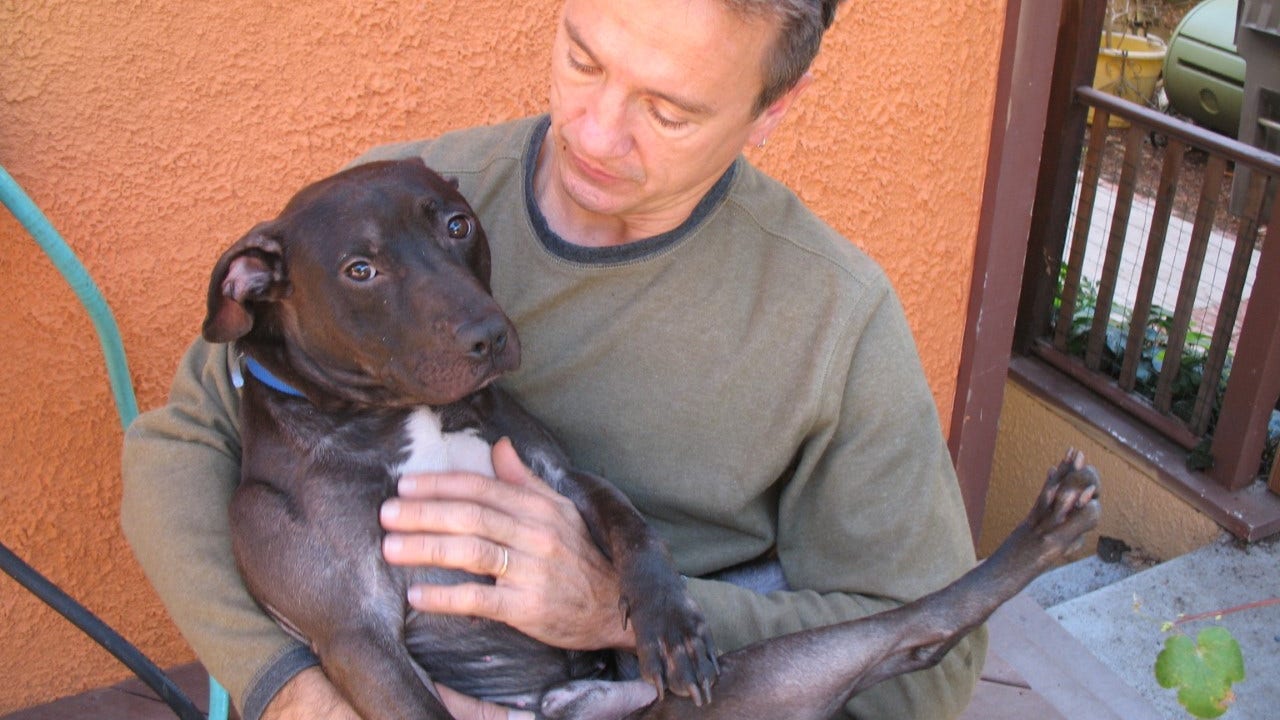 I was once a Michael Vick fan. Watching this lithe, speedy guy dart away from defenders and perform acrobatics was truly fascinating to watch. Yet, over time, I began to see a dark side of him. His insolence and nonchalance at controversy took away from his gritty appearance, and I soon lost interest in him. Then came the dog fighting allegations. I wasn’t totally surprised to hear of it, but I was surprised at his complete denial of involvement.

I read an article yesterday in the Winston-Salem Journal about Hector, one of the dogs rescued after Vick’s arrest. Hector was scarred and silent, and appeared distant at first. Some loving people in California adopted him temporarily and began rehabilitating him. As with any dog, lots of understanding, love, and respect brought out his true nature. He was said to be clownish, playful, and endlessly loving. There is a picture of him being held upside down and completely sanguine in his new owner’s arms.

Pit Bulls have truly been victimized by owners who want nothing more than to bolster their egos and appear tough to their peers. Because of the spirit of this incredible animal, Pit Bulls have become a symbol of this twisted mindset, and have unwittingly taken on the mantle of public scorn and ridicule. Dogs such as Hector have proven the media and general public wrong, by demonstrating that it is the owner that determines what kind of behavior the dog displays.

It is heartening to read a positive story about a Pit Bull, especially one that came from such a horrific background. Hector’s temporary owner stated that she wished the dog could tell her of his experiences, of what all he witnessed and the fear he obviously felt at being exploited and abused. To Hector, none of that seems to matter now, as his resiliency and courage shine a thousand times brighter than his distant memory of the hell and torment he must have once endured.

The lesson in this story is that Pit Bulls are adoptable, loving, devoted, and largely docile pets. Their bloodline is such that they are hardy, stable, loyal, and incredibly fearless. Being in the presence of such regality should humble us to revere and respect them, instead of revile and destroy them. Their reputation is a direct result of what they have been taught to be, as opposed to who they really are.

It is oft said that love conquers all, and in this ultimate battle of strength and determination, the rescuers of Hector have demonstrated that unconditional love and acceptance brings out the true strength of this animal. We as a society should take this as a cue to elicit a change in the ownership of the breed, and take a stand against those who do not care about anyone but themselves.

Hats off to Hector. Perhaps, he has saved more of his kind. Perhaps, he has opened a few eyes and by his actions disclosed who the real monsters are. Perhaps, he is able to rest peacefully and live out his destiny as a loving, friendly family member who accepts and loves anyone, even someone like Michael Vick.