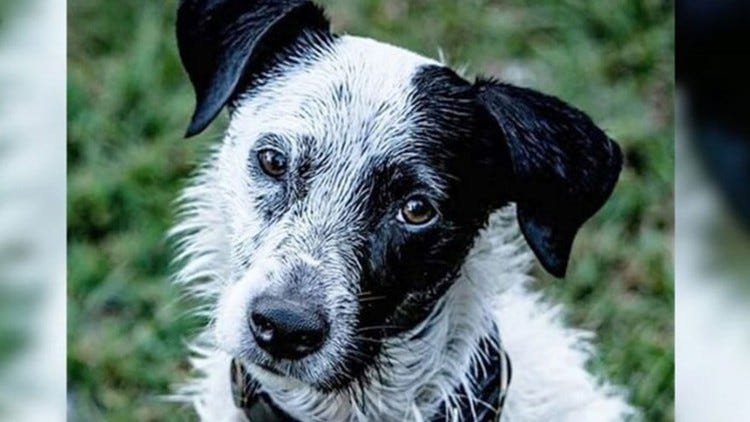 I witnessed some bad news on August 12. I will try to keep the tone down, but please remember this is bad news. A dog was killed at the Kangaroo store in Nassau Village, Fernandina Beach, Florida. I witnessed this news at about 9:15pm to 10:00pm.

According to the lady who inspected the dog, the dog was cut with a razor. She said it looks like he was cut ounce, and then twice because the person hurting the dog did not get it right the first time.

I witnessed part of this attack, but I did not see the actual crime. I was coming from the former oyster bed factory in Nassau Village, when I came up to the Kangaroo store on my bicycle. I had to make a quick stop because of the traffic coming in and out of the store. While stopped I heard what I think was someone yelling something. I looked and saw the white middle sized dog. At the time I had also noticed a man coming from behind the store on the other side.

After getting a clearance I road my bicycle next to the store and leaned it on the wall. A man had approached me from behind, and said that I had his basket. I told him no, that is my basket, but he insisted that it was his. After talking with him and another guy, I started my way into the store. It was then that I noticed the white dog laying down.

I asked the two guys if that was their dog. They said, "What dog, I do not see a dog." After one of those two guys had seen the dog, he said, "That dog is bleeding." While one of the two men I was talking with held a bull dog, we walked over to the white dog for a closer look. After seeing the dog I went inside to tell the store clerk. The clerk came out and then called 911.

A lot of people were coming in and out of the store during this time. Some people came over and helped out with the dog. There was one man who was holding some paper towels over the dog's wound. We were thinking the dog was shot with a gun. I think it must have been about ten or fifteen minutes later when help arrived.

It seems that Nassau Village in Fernandina Beach Florida is getting kind of dangerous. I have been here for 28 years, and I know a lot of stuff goes on. This is the first time I have seen anything like this, but I know it's not the first time something has happened.

This one of those things were I thank God that I am unharmed. I am sorry for that beautiful sweetie baby, but God had another plan for him. Nothing has gone unseen by God, and God will avenge his elect. I love to go for night bicycle rides and walks, but this kind of thing makes me think of just staying home.